The "Logitica" company was founded in 2009 as a company that organizes oversized, heavy and project cargoes transportation either internationally and at the territory of Russia. The specialists who founded the company have great work experience in project logistics. That experience let the company join the market as an authority recognized by many partners, as a reliable and tried-and-true organization, not a tyro, since its birth. That factor led to getting and successfully fulfilling some odd projects for Russian and foreign customers that, in its turn, was a good ground for the development of well-established partnership with existing customers and striking up new acquaintances broadening the geography of servicing and its scope.

One who even once had faced a problem of oversized and heavy cargoes transportation knows that it is a difficult engineering and often a creative task because of specific size and weight of such cargoes. There are no templates and transportation of every single cargo of such type needs individual project. As a rule, the greater part of designed cargoes transportation route is made by sea. That is why the possibility of a forwarding company to work at sea and river ports is very important. Our office locates in Saint Petersburg which port is by right the marine gate of Russia and the greater majority of project cargoes come to Russia or leave it exactly here. Our company has a mission at the south of Russia that gives possibility to work through the south ports of Russia and Ukraine such as Rostov-on-Don, Novorossiysk, Mariupol, Ilyichevsk, and that is our additional competitive advantage while forwarding cargoes to the districts of Central Asia reach with natural fossils.

The principal difference of our company is that we do not try to increase our personnel for getting as many projects as possible. We rely on a small quantity of partner companies which have competitive advantages in new technologies or highly skilled specialists and also in geographical location. The "Logitica" company and each of the partner companies have not only working relations but friendship that often helps to work effectively. Working at a project, we unite the best partners’ skills for achieving the best quality of servicing our customers. 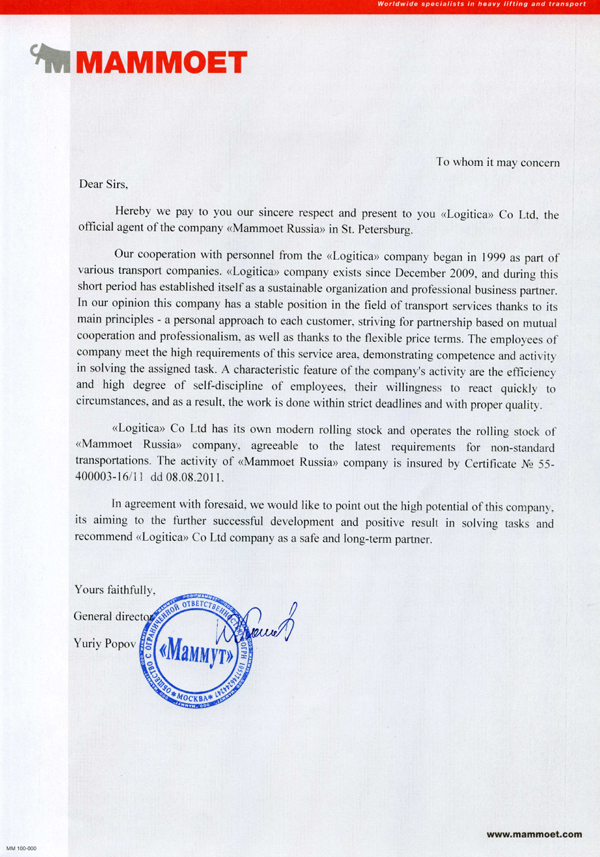